We just happened to be checking our calendar a few minutes ago, when suddenly we realized that it has been a whole Y.E.A.R. (Yipes, an Enternity After Release) since we launched Toontown Rewritten: Alpha!

Between the Toon Trooper's wacky stories, the mystery of Doctor Surlee, the 26th and the two, and events such as the Toon Council Presidential Elections -- we've been through quite a lot this year. And mind you, we're planning to go through a whole lot more!

To give you a quick refresher, we've hand-picked some of our favorite posts throughout the Y.E.A.R. -- along with a few that you'll want to re-read to give yourself a refresher. Trust me, you're going to need it. I've heard that there is an old friend who needs our help.

Shenanigans of the Update Variety

"Cannon Tag" -- The first appearance of Sir Max
"Ice Escape" -- The crazy tales of the Toon Troopers begin
"The Fish Bingo Controller" -- Hawkheart discovers a secret room in Toon Hall... "Thank-You!" -- We send Disney a big thanks for letting Toontown live a little longer!
"hi im roger dog" -- Roger Dog takes over for a day - in dream form!
"Red Alert!" -- Toontown is INVADED! ...By butterflies.
"The Blizzard Wizard" -- Sir Max ends up covering Toontown in snow by angering a certain Wizard that we all know too well.
"A Shocking Return" -- Toon Trooper Shockley talks about his job over on the Toon Council, with a little mention of a certain scientist...
"A Picture Problem" -- The Toon Troopers discover that Sir Max has a selfie problem
"The Greatest Party in the Tooniverse" -- Fat McStink, after having a series of bad parties, creates the greatest party in the Tooniverse
"Rhymes for a Reason" -- The TTR Team starts the tradition of rhyming in informational news posts.

"The Countdown to Beta -- Six different news posts appear describing what happened between in the gap between Alpha and Beta when the Cogs took over.

The Story of Toontown Rewritten

"The Grey Zone" -- Professor Prepostera tells about his study of "The Grey"
"CONFIDENTIAL" -- A secret message finds it's way onto the Toontown News on the 26th of the month...
"Emergency Broadcast" -- Again on the 26th, a secret message appears on Toontown...
"Manual Transmission" -- Another secret message on the 26th. What do they all mean?
"Call Log" -- Another 26th, with yet another anomaly.
"The Two" -- The Two Toons make their appearance addressing a certain Doctor, who seems to have tried running away from his problems once again.
"Emergency Memo" -- Doctor Surlee attends Lord Lowden Clear's mission, which ends up going horribly wrong.
"Surlee v. Council" -- Another encrypted message appears on the 26th, with seemingly Lawbot origin.
"ToonTasks Galore?" -- A seemingly harmless update from Mary-Go-Round: Travel Agency gives a little hint about one of Doctor Surlee's secrets.

Events, the Election, and All-Else

"Black Cat Attack" -- Flippy introduces his campaign by turning Toons into Black Cats
"Don't be Wacky!" -- Flippy's competitor, Slappy, makes his very first appearance!
"A Beary White Christmas" -- Slappy turns Toons into Polar Bears for his Christmas campaign!
"The Great Snowball Fight" -- Slappy is on a roll, bringing snowball fights to Toontown and promising that they'll be back again next year -- only pure sadness could stop him! But... Oh...
"The Toon Council Presidential Elections" -- Alec Tinn announces that Toontown will be voting a president of the Toon Council between two competitors -- Flippy and Slappy
"Clobber the Competition" -- Flippy bakes pies for Toons all around town!
"High in the Sky" -- Slappy brings his Hot Air Balloon into Toontown Central!
"Election Day" -- At long last, the election arrives... but with a rude interruption.
"COGS have invaded Toontown!" -- The metal menaces known as Cogs make their first appearance on the streets of Toontown. Where did they come from? How do we stop them? Where is Slappy?

"ToonFest 2014" -- We celebrate one year of Toontown Rewritten's announcement with the grand ToonFest 2014 event! Flippy also seems to have found a new pet which he calls a "Doodle." 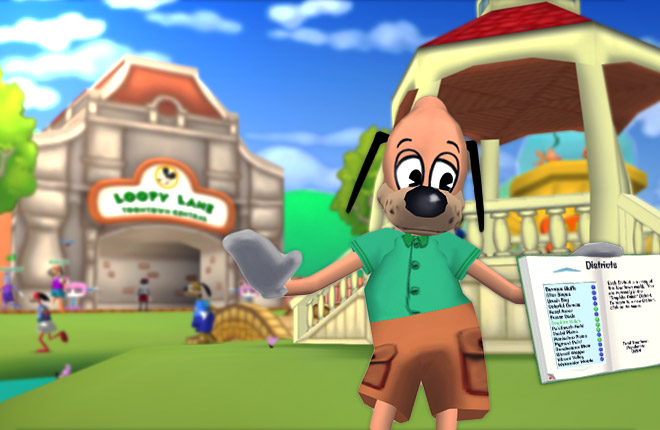 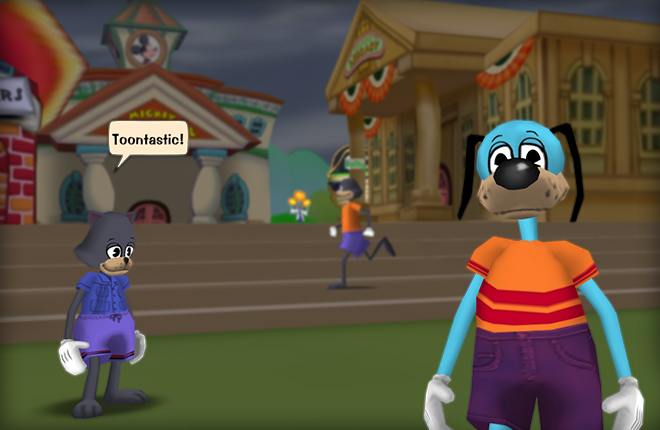 Have a Hauntingly Hilarious Halloween! 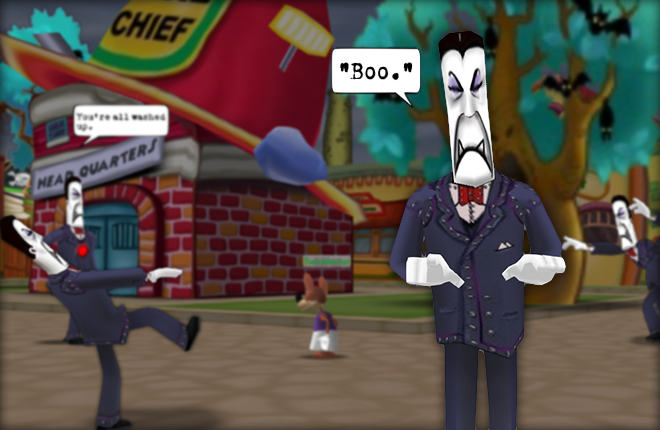 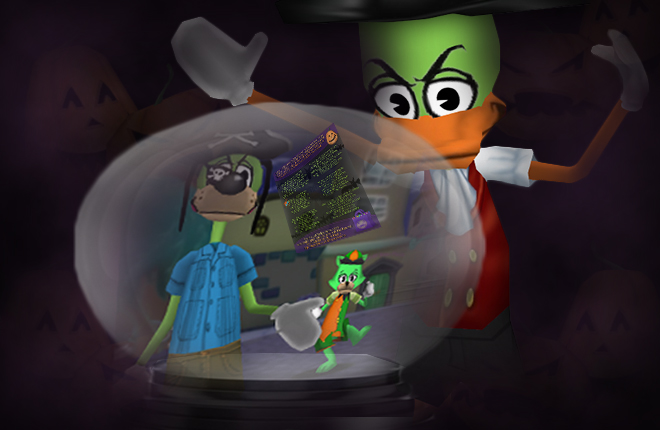