Don't get me wrong, the festivities and food are on point. It's silliness at it's finest, but there is a part of New Years Eve that I dread every year. Just 20 minutes ago I found myself being dragged off to a "celebration" over at Goofy Speedway by Sir Max. There was a bit of a big problem upon arriving, though: There wasn't anyone there.

I asked Sir Max what was up, and before I could run I suddenly realized what was happening. He took out his button and activated the fireworks, shooting up gleaming, beautiful bursts of color into the newly-lit night sky. The colors, shapes, and sounds were magnificent as the fireworks boomed across the stars.

...And it was perhaps the most horrifying event I have ever encountered. "A late Christmas present," he says! "To make up for your fear of explosions," he says! He's just lucky none of them hit me this time. If I see one more set of fireworks, I tell you... Every hour? Until January 2nd?

Well, if you need me, I'll be nowhere. Because if I say where, my house is going to explode. Again.

Bugfixes:
• Fixed an issue with the incorrect throw type being used in boss battles after using a special throw item.
• Fix an issue with gardening causing server instability.
• Fix a glitch where Toons could set their name to nothing.

Features:
• The Winter Holiday is over for this year. We hope we made your holiday a little more cheerful!
• New Years festivities have begun! Fireworks will go off in every playground every hour until 11:59PM Toontown Time on January 2nd. 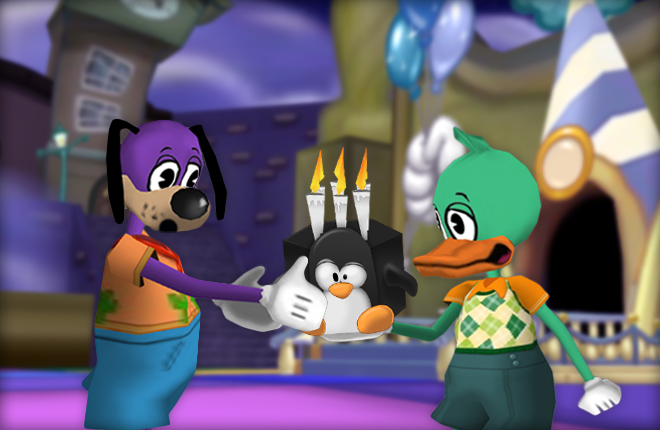 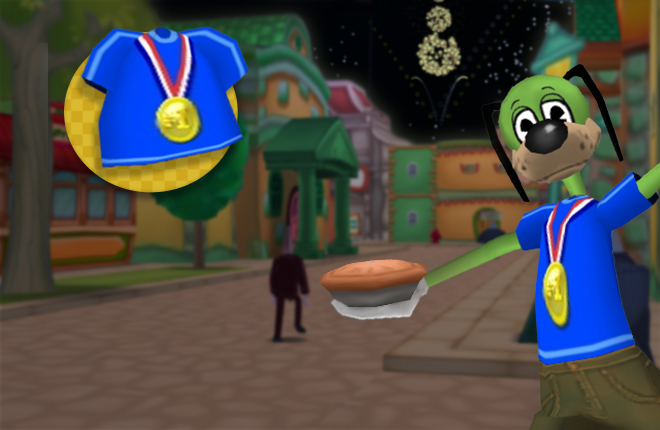 The New Years Top Toons Marathon is ON! 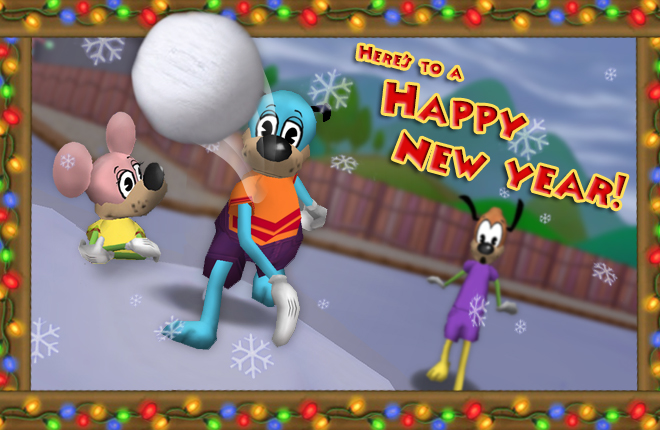 Rocking on Top o' the Snow 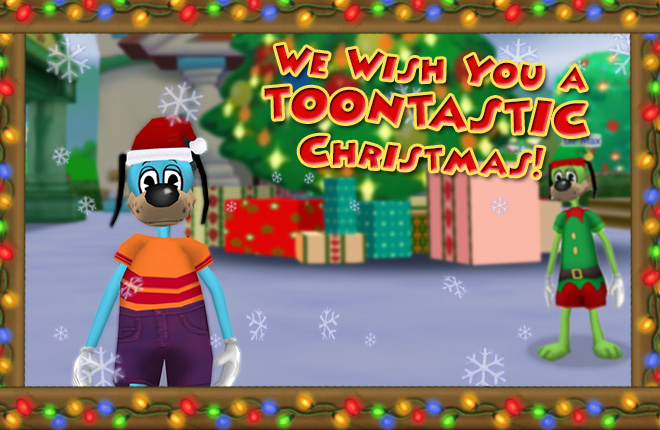 We Wish You a Toontastic Christmas!