I'm back! Man, it feels like forever since my last post. If forever is a glorious stress-free three days, that is. Between Slappy's Snowball Fights and Flippy's Fireworks, it has been a pretty nice weekend. It's about to get even nicer, though! 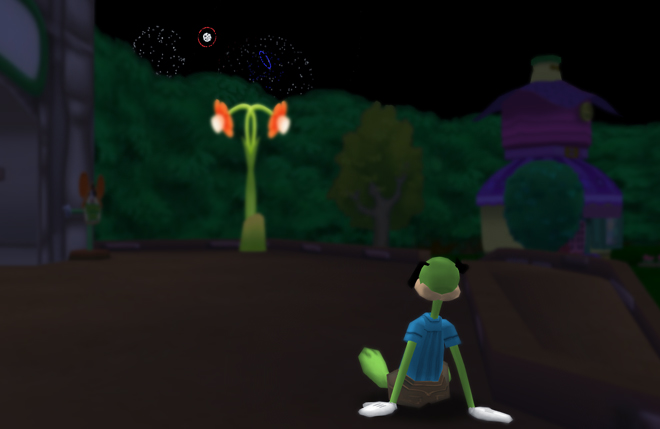 Now, I know that our updates haven't been all that much lately. And I hate to say it, but it won't get much better this week. We're not only on a break for the holidays, but also working on a few things that take much longer than a week to make. Nevertheless, today we've got something to lighten up your day!

See, Flippy ordered the fireworks from Smokey Joe's shop: Used Firecrackers. Smokey Joe messed up the order though, and accidentally gave us a "4" on one of the sets of fireworks instead of a "3". It was displaying the wrong year!

To make it up for this, Smokey Joe went ahead and gave us a whole extra set of fireworks. Rather than one new set today, we have two! And due to the changes we made with fireworks, technically, we have three. That means you can see a total of four different sets of fireworks. That's 4 hours of pure entertainment! If that isn't a major update, I don't know what is.

Flippy is hoping that you all enjoy the show. Explosions are always fun! Or, "Toontastic", as he says.

Maintenance:
? Re-enable a few sanity checks now that winter is over.
? The server now picks a song for fireworks, ensuring that everyone hears the same music.

Tweaks:
? Change a couple of messages for fireworks.
? Tweak the volume for fireworks and music so it can be heard.

Features:
? The last of the snow has melted. The Pick-a-Toon is back to normal, and Snowman heads have melted off of toons. Thanks for a great Christmas, everyone!
? Fireworks now choose between a few different types of shows and music. You'll rarely see the same show twice!
? Add in the second of three sets of firework patterns. Be sure to stop by tomorrow for the finale! 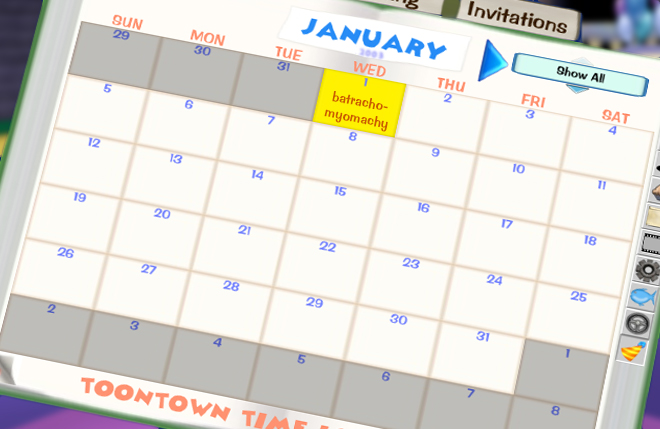 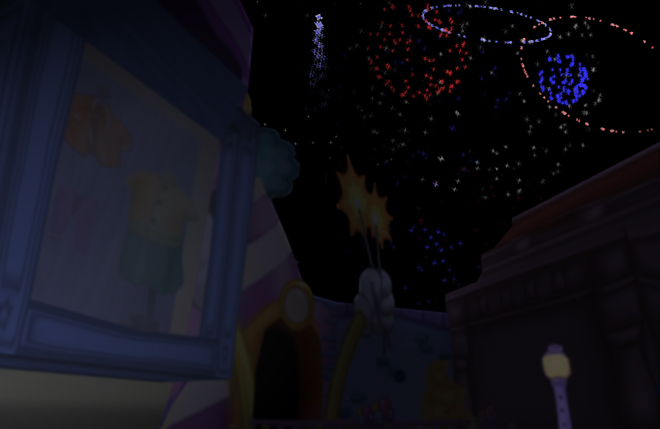