It's been an exciting weekend for us Toons on the Toontown Rewritten Team, and we know that all of you had a lot of fun as well! Now that we're all back and settled in at Toon HQ, we've uploaded all sorts of information to show you just how much of a success ToonFest was.

Over 200 Toons showed up just for our event - which was the most popular one at the convention! Make sure to check out our Facebook, Twitter, YouTube, or Snapchat (Add ToontownTV!) for lots of photos, videos, and information. To wrap it all up, here are a bunch of videos to show you everything you might have missed - trust us, all of them are worth watching for those who are "TOON Enough" to do it!

The first thing we aired during our panel at OMG!Con was the first of a series of Toontown advertisements, which will be airing on YouTube and who knows where else! Keep your eyes peeled - there are a few secrets in there for those who look closely...

Storm Sellbot Headquarters is an event that will be returning from Toontown Online to Toontown Rewritten in July 2015, but even better than before. Watch as Lord Lowden Clear explains how us Toons will STORM SELLBOT HQ!

Toons submitted questions for Jesse Schell to answer during ToonFest at OMG!Con 2015, and here they are! Jesse picked 10 of the most interesting questions, which will receive a Toontown prize pack signed trading card straight from the man himself.
If your question was answered, check your email sometime this week for information.

The main event at OMG!Con 2015 was a 1 hour and 30 minute panel by the Toontown Rewritten team themselves, featuring some of your favorite members: Joey (Sir Max), Roxana (Boo Boo), Jeremy (Fat McStink), Sam (Shockley), and Jacob (Weird Wacko). Many secrets were revealed, and many questions answered. It's better than a movie!

Azur and Master Stripey Petalcrunch brought a couple of pies to ToonFest for none other than Sir Max (Joey) himself - if that didn't make them "Toon Enough", we don't know what would!

Fans do the Victory Dance!

Toons can't have a celebration without the victory dance, which is why we had fans volunteer to tag along with Sir Max to do one before they left ToonFest. It's harder than us Toons make it seem!

Have a redeemable code?

If you picked up an exclusive item code at ToonFest, check back here soon to learn how to get your items! There is an update arriving soon with them - we're just getting settled in back at Toon HQ. The code can be used for only one account, but will work on all current and future Toons on the account. Don't lose it! 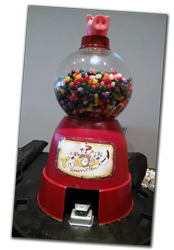 At our booth at OMG!Con, we held a contest to guess how many Jellybeans were in the Bean bank that we had set up. Lots of Toons came close (We know our Jellybeans, after all), but the closest was Abbey, or Clover Glittergoose, who guessed 3,052 Jellybeans. She was eight beans off from the correct answer: 3,060!

For her great guess, we're sending her a signed "Bean Counter" trading card from Jesse Schell, along with a Toontown Rewritten T-shirt. Congrats! 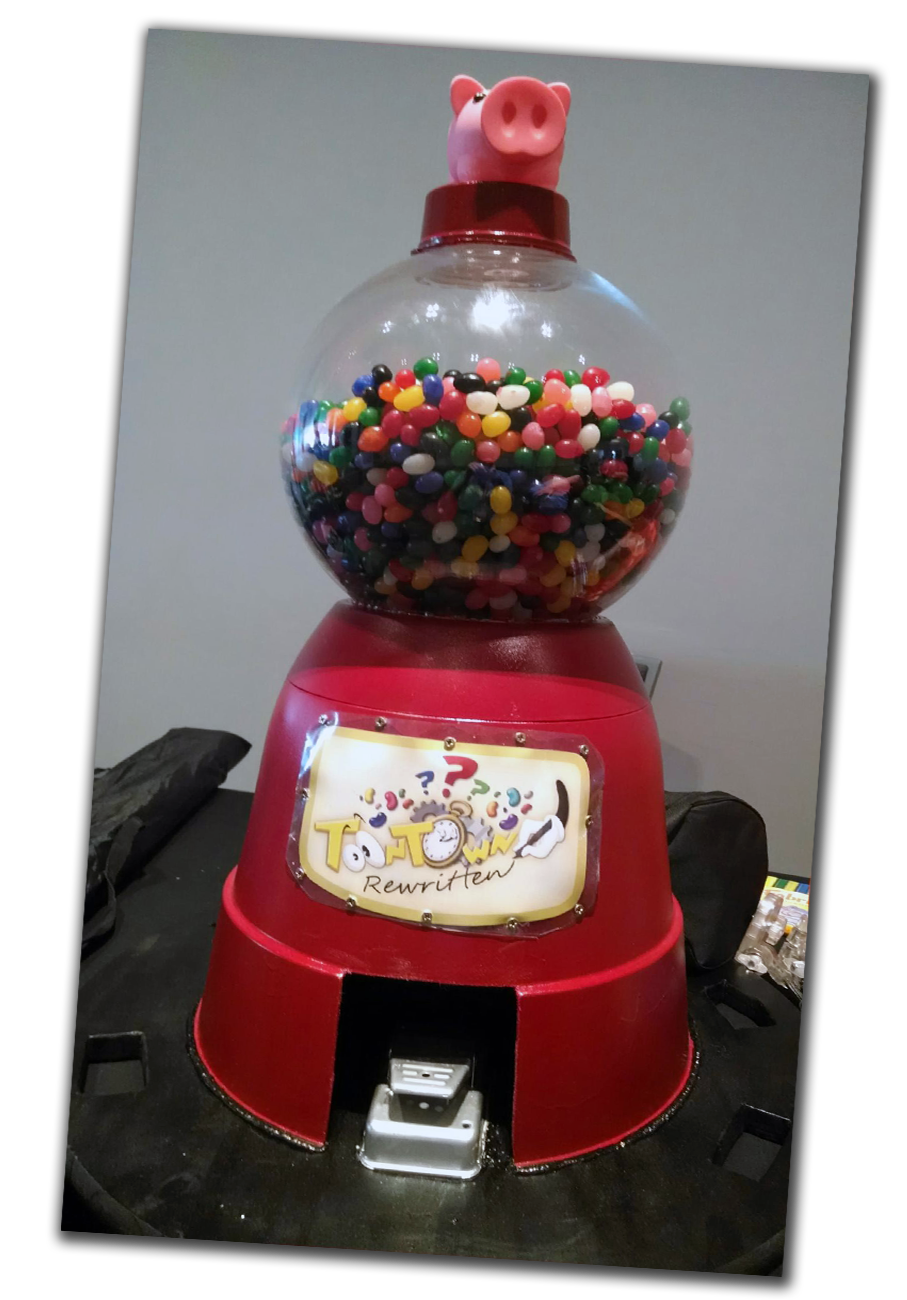 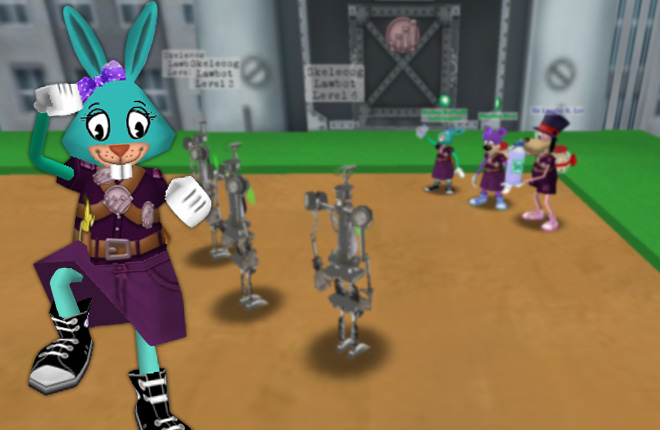 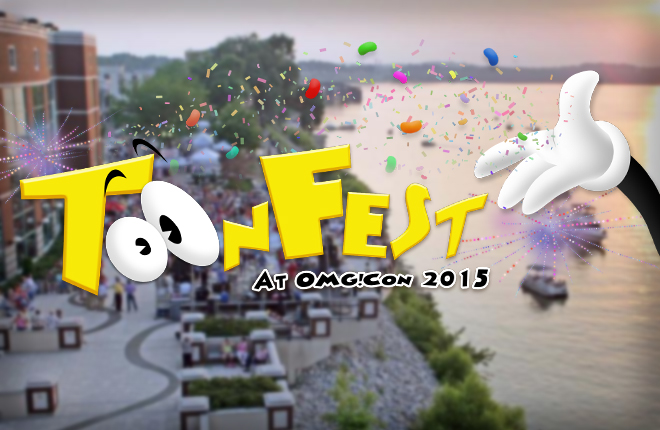 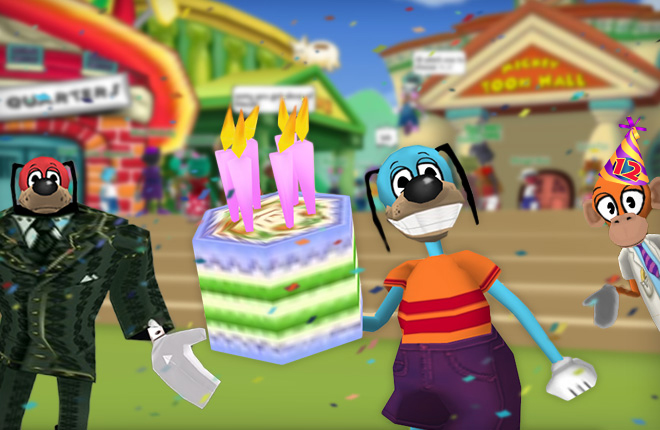 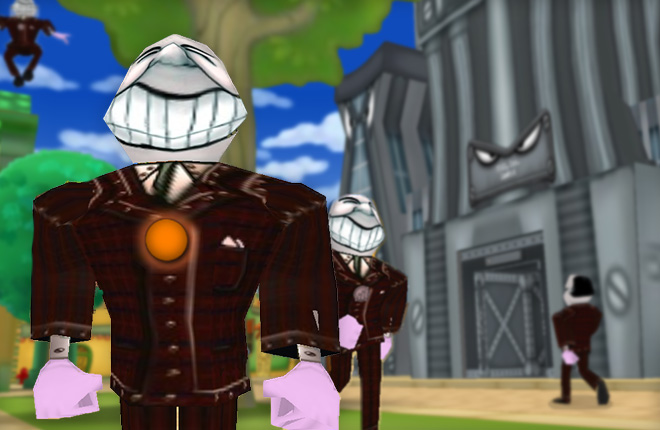