Hello? Is this thing on?

OUCH! That sound system has gotta stop acting up. Anyhow, the final scene of ToonFest at ReplayFX 2018 has finally wrapped up, and we've all settled back home after a week-long nap. Judging by what YOU'VE been saying, this has been the best ToonFest yet! We put a boatload of effort into making sure everyone had an awesome time, and we're so happy to see how much that effort paid off.

If we tried to explain every single detail of all the giggles and fun we had at ToonFest I think we'd be here until... Well, let's just say we'd be here a while. From flying pies, to Cogs invading the booth, to Field Offices, we sure had a blast and we hope you did too! Here's a quick wrap-up with some of the highlights from the weekend, for those who didn't follow along day to day.

We kicked ToonFest off with some good old nostalgia! At the heart of everything we do here, Toontown is at the core of it. The community does such a wonderful job of helping keep the Toontown dream alive and we wanted to take a moment to celebrate that!

Who better to celebrate with than two original Toontown Online developers? With Jesse Schell and Shawn Patton back in the hot seat, they jumped into the game and spent time playing some of the content that they originally worked on, like Toon Parties! 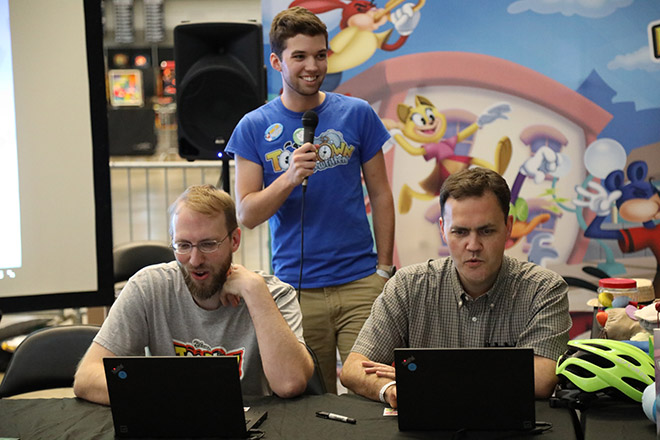 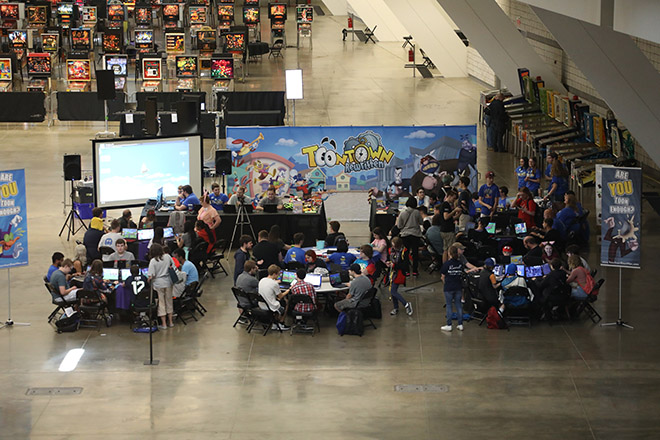 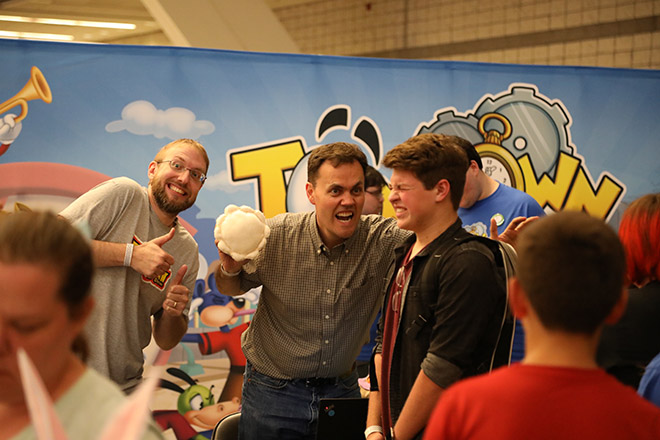 Oh boy, was this a Friday to remember. We had our Main Event, which for those who don't know, is where we announce all of the newest and greatest things coming to Toontown! Yup, you guessed it... We had some new and great things to show!

In case you missed it:

If you want to go the extra mile though and watch the whole panel, it’s not too late to check out everything we covered in its full detailed glory -- they’re up as videos already on our YouTube and Twitch channels! 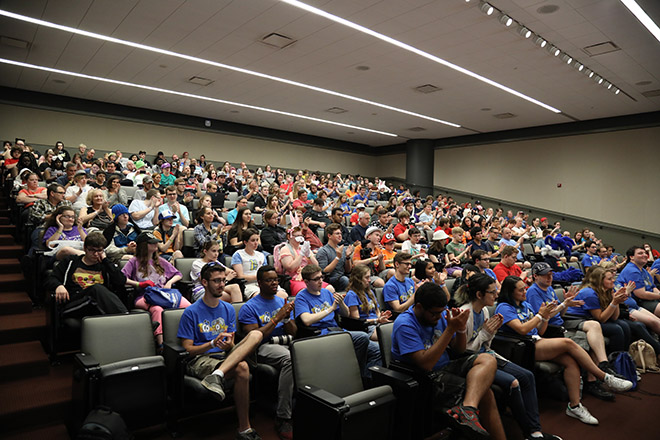 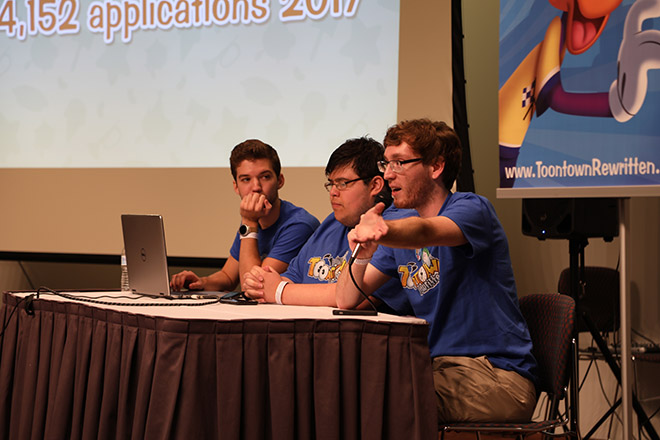 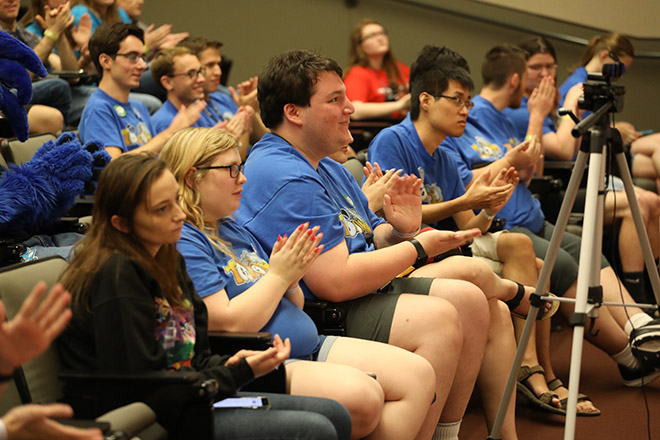 On Saturday we had our Q&A panel, where players have the opportunity to ask the Toontown Team questions! Although a little way into the panel, the team received a memo from the Toon Resistance. This memo would go on to detail the plans for an imminent major assault on the Cogs. It was at that moment that Operation: Crash Cashbot HQ was announced!

In addition to the Q&A panel, we held a costume contest! Toons from around the world dressed up as their favorite Toontown characters. There were costumes of Toons, costumes of Cogs, and even a costume of the Clown Fish! To everyone who participated in the contest, either in-person or via online submission: You ARE Toon Enough! 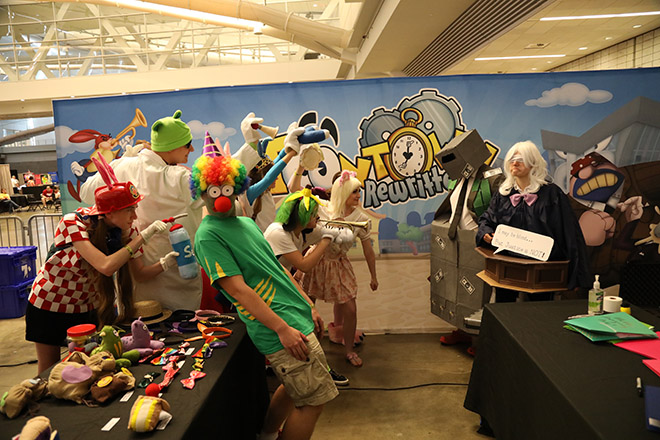 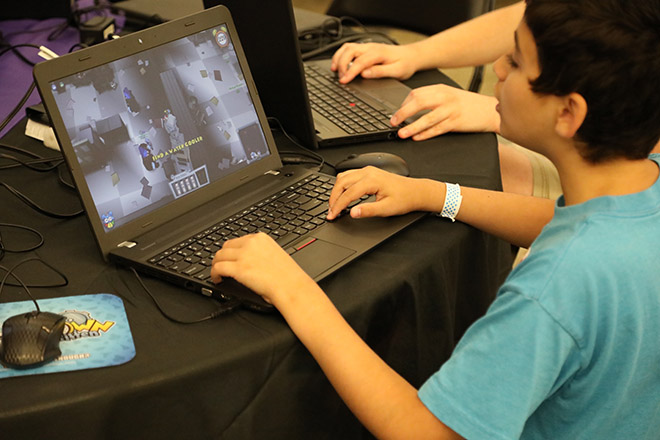 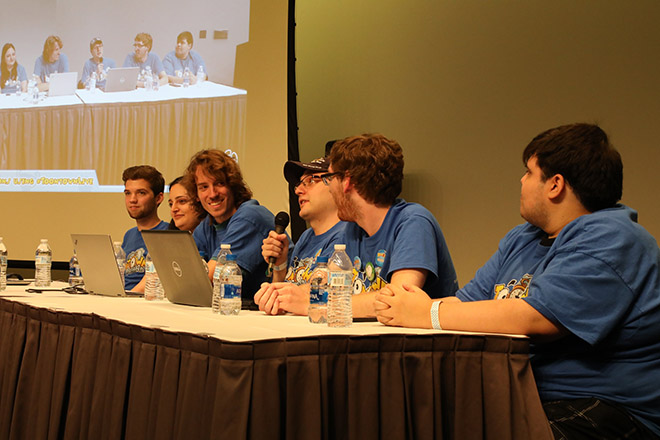 The fun and games weren't just over yet, though. In fact, the fun was about to get a lot messier at our Annual Toontown Pie Toss! Three members of the Toontown Team stepped up to the plate - excuse the pun - to have pies thrown at them from any Toon who wanted!

We're still working on editing the video of the pie toss. Once completed, we'll upload the video to our YouTube channel so you can watch the action from the comfort of your own Toon estate! In the meantime, here are some pictures from the event: 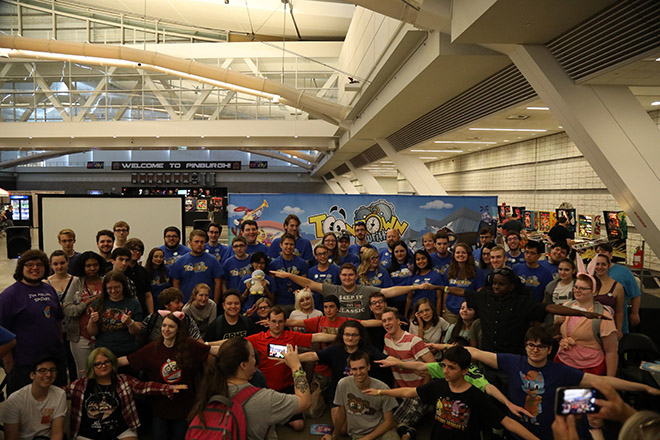 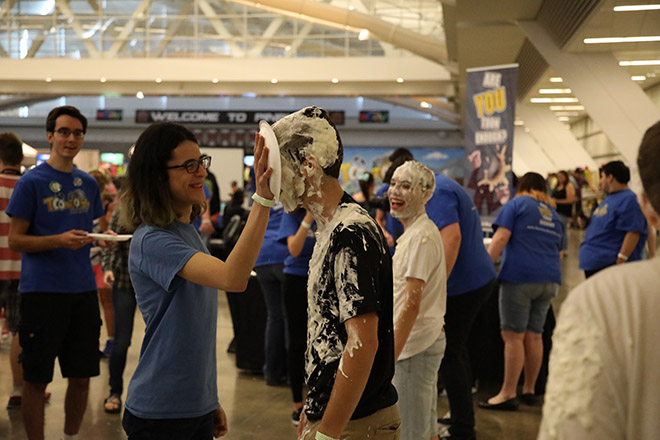 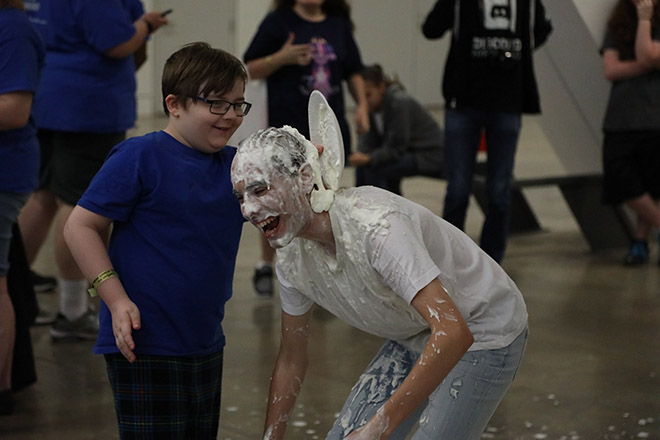 Whew! This sound system is still kicking. Anyway, that just about sums up everything we did at ToonFest at ReplayFX 2018. Before we go though, we'll leave you with some of our favorite photos from the event.

Here on the Toontown Team, we hate goodbyes. That's why we'll simply say: See you next year! 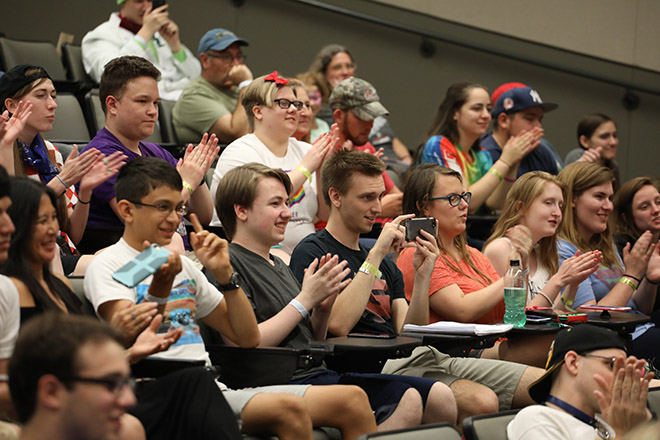 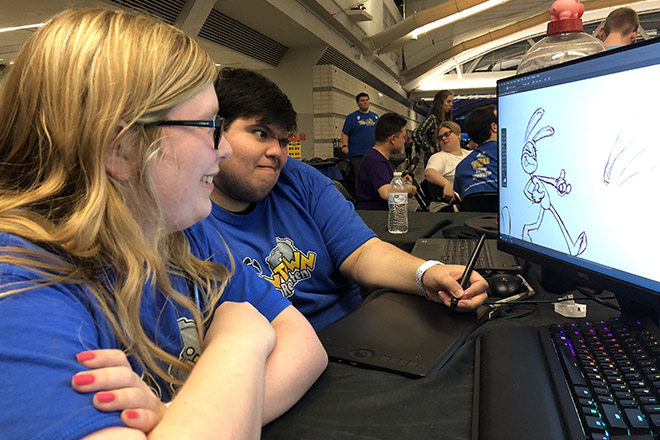 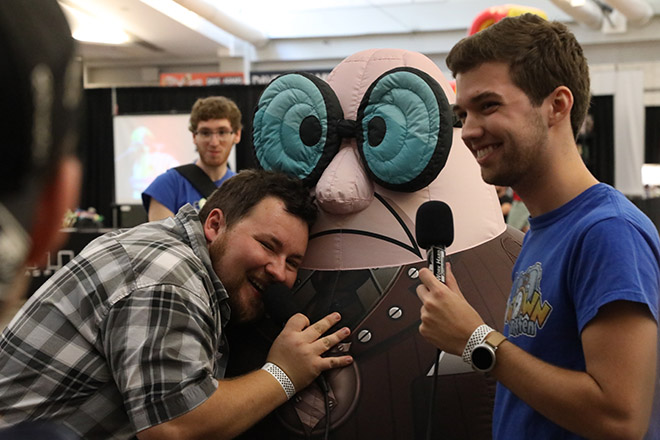 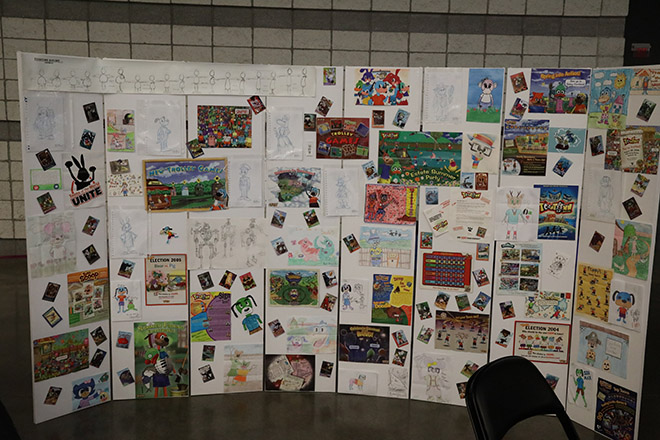 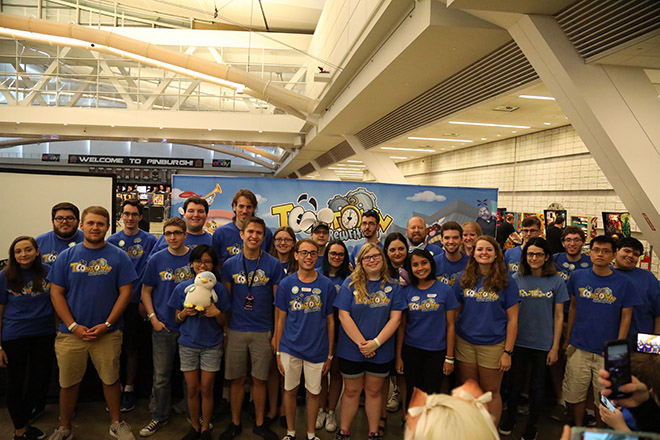 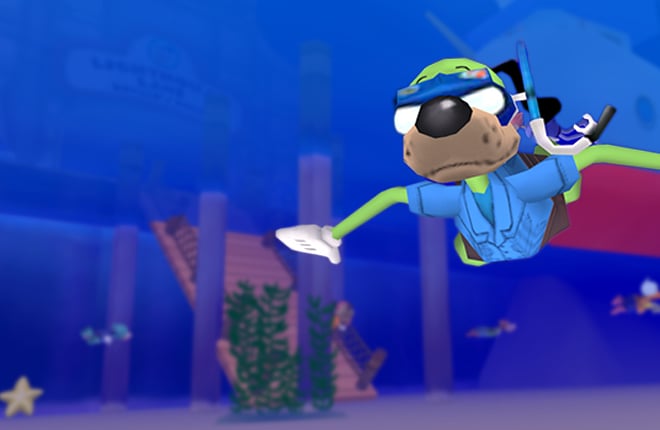 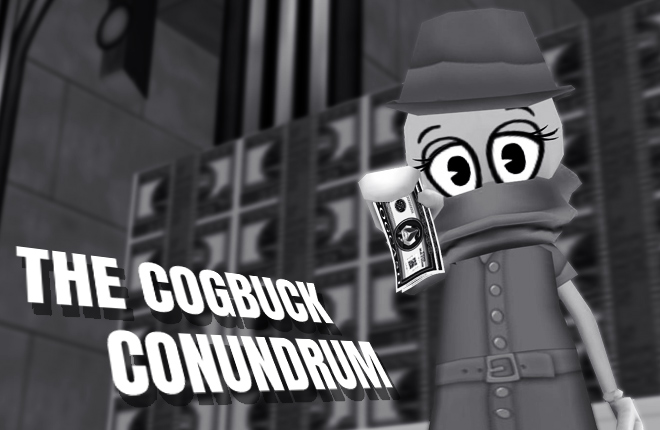 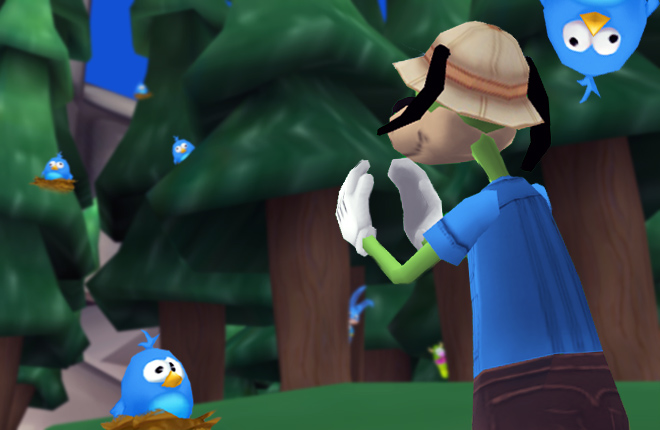