A Month of Madness

Good to see you again, Toontown! Can you believe that it's been one entire month since the last blog post? The Toon Council has been keeping me busy with a routine checkup on everything going on. So, what HAS been going on in Toontown for the past month? I'm glad that you ask... 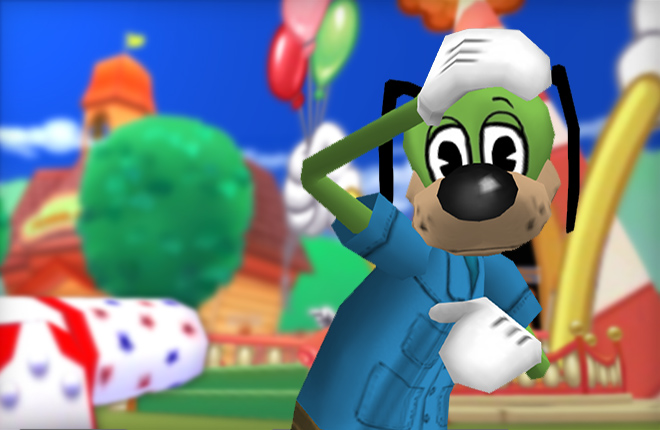 Some Toons have been saying to me "Sir Max, have you lost your touch--" and they didn't even get to place a question mark at the end of their sentence before I had blasted them with a good ol' fashioned seltzer bottle. Don't mess with me and my blog posts.

It all started after the Mega-Invasion last month. The Resistance Rangers, or as I like to call them, "purple ninjas", had blown Toons away with their valiant fight against the Cogs, and as a Toon Trooper, I couldn't let those purple ninjas get the upper hand in silliness!

In the first week of my check up on all things silly, I stopped by my fellow Toon Trooper, Hawkheart, to see what was going on with the construction for Toon Parties. Boy, am I glad I stopped by. He only had ten cannons set up! How are you supposed to get Toontown's top celebrities to show up without at least 20 cannons in the establishment?

He assured me that he would get it corrected, and I moved on to check up on how things were going with Lord Lowden Clear. He's the leader of the Resistance Rangers, after all, so it seems more than necessary to do a little small bit of sabotage so that us Toon Troopers can get the upper hand on silliness.

Upon arriving at the secret Toon Resistance meeting place, it turns out that they were in some sort of "classified" meeting, so they wouldn't let me in. I don't know why a meeting about the classifieds section of a newspaper is so secret, but I know it certainly isn't silly. Things were looking good for the Toon Troopers!

Finally, I stopped by Toon HQ to see what my next assignment was. They were busy tracking an incoming Cog threat that could hit as soon as this weekend. While I was gone, however some of the other Toon Troopers had put together one of the largest updates to date full of all sorts of widely requested things from the Toons of Toontown!

Below you can find a full list of the many things our Toon Troopers have been working on over the past month. This doesn't even include the work we've done on the upcoming Toon Parties, Toon Species Election, or ToonFest!

I'll be back to see you all again soon -- and rest assured, it won't be another month of madness without blog posts!

Maintenance:
• Upgraded server engine to the latest version, which should fix many server issues that have popped up over the past few weeks. We hope that you are able to play without interruption!
• Implemented various stability and performance improvements.
• Implemented "District Draining", a feature that can seamlessly move players from one district to another in the event that a district needs to be restarted or shut down. This will allow us to perform maintenance on districts without interrupting gameplay.
• Updated an easter egg for programmers and engineers, found in phase_3.

Bugfixes:
• Fisherman Lilly is back from vacation! The pond on Maple Street is in service once again.
• Fixed a bug from the last update that would drastically drive up memory usage while playing.
• Fixed a district reset relating to Doodles.
• Fixed a district reset relating to Estates.
• Added proper collisions to a number of buildings in Toontown Central to prevent "grey area" glitches.
• Mended a few broken textures and models in Minnie's Melodyland playground.
• Corrected positioning of the lamps by the pond in Donald's Dreamland playground.
• The Clerk Clara tutorial now only plays once, even if the Toontorial Trolley ToonTask has not been turned in.
• Fixed an issue that would prevent Toons from progressing through the tutorial if they had received a Gag-Up Unite.
• Toons can no longer enter any playground building until completing the Toontorial Trolley ToonTask.
• Toons who managed to "break out" of Toontown Central to a different playground during the Toontorial can now return to Toontown Central without getting stuck. All glitches to break out of Toontown Central during the Toontorial should now be patched.
• Fixed a bug that would get Toons stuck while completing the Toontorial ToonTasks in Welcome Valley.
• Fixed a bug that completed the wrong ToonTasks when skipping the Toontorial.
• Fixed an issue that made fish shadows invisible in Daisy Gardens and Donald's Dreamland.
• Added proper collisions to the Cog Thief minigame, stopping Toons from walking through some walls.
• Fixed a few collision issues in Bossbot Cog Golf Courses to prevent Toons from skipping areas or getting stuck.

Tweaks:
• Nametags now scale at a larger distance, allowing them to be viewed from further away.
• Winter accessory textures have been tweaked slightly for a better appearance.
• The Portable Hole is now completely rounded and no longer has pixelation around the edges.
• The CEO now attacks in a randomly scheduled order, making his attacks more fun and less predictable.
• Banquet Tables in the CEO battle now have animation and sound effects when being squished.
• Cover your ears, and feed them quick! The CEO and his Bossbots now discuss a bunch of boring business during the banquet. 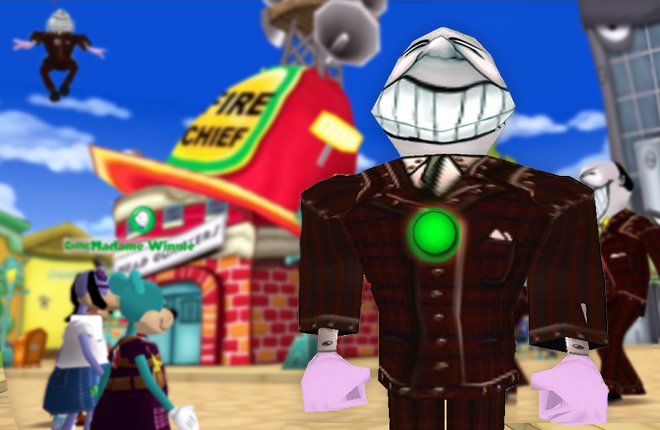 A Month of Madness 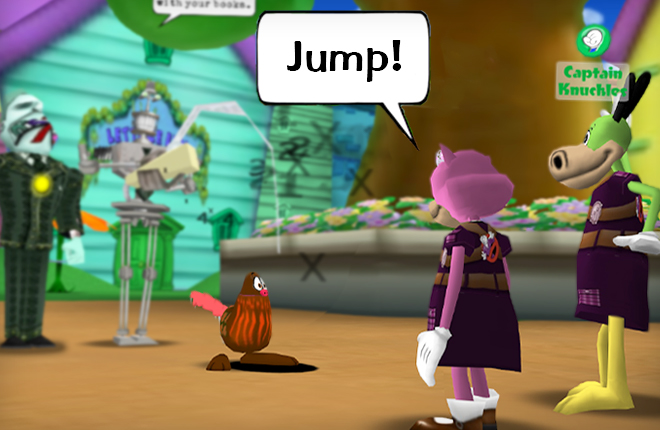 Tax Tricks and Pet Tips from the Resistance Rangers 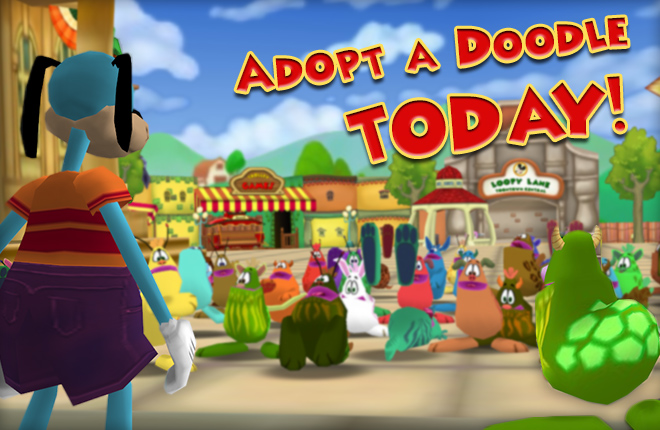 The Doodle Hunt Has Begun!