You guys atta be ready for this, because this contest atta be really good. Atta. For those poor few of you with punless souls, what I'm trying to say is that the ATTA is taking over today's Daily Alpha Contest! The secondary one, I should say.

The ATTA (Adult Toontown Addicts) is a group of parents and adults who have magically resisted turning into a cog throughout their lifetime, and still play Toontown actively. You guys who thought you were weird for reading a blog about a kid's game, you can stop viewing these posts in private now. You aren't the only one. I know you're out there!

For the rest of you younger folk who are a bit confused, no worries. The ATTA has a partner clan called the KTTA (Kid Toontown Addicts) that you are welcome to join before ascending into adulthood. You can head on over here to learn about the two groups, as well as joining in on Today's Alpha Key Contest!

Enough of that, though, lets get to today's question. Shockley, press that button! *drumroll*

Today's question is... "What is the most memorable set of ToonTasks for you? What made them so good/bad?" You can be-bop on over to our Alpha Giveaway Page to answer the question and get another chance to win an alpha key. Assuming you haven't already won, of course. Speaking of which, here are today's winners!


Today's Question:
"How can we improve our news, both in-game and out of game?
What kind of sections do you want to see in the in-game news?"

TTR could make the news frequently updated to make it good. Sections id like to see would be top toons and little teasers for updates :D

The news should include answers to questions.

Toonbook posts, Facebook posts, News page on your website, MMO Central forum - your doing all the right things. I just think an official Facebook page would be helpful for us older kids so that we can get the alerts on our devices...

You could have different sections of news. One as updates, one as events, one as new things coming, etc.

Some sections in the news should be top toon video maker of the week...

I would wanna see the original newspaper because that paper was the awesomest toon paper ever...

To improve your news, just keep it the same. The daily updates are great! I would like to see player created articles, like Alpha Tester articles.

Maybe billboards or something displaying information on current cog invasions, news, or specific boarding times for boss battles or other elevators which have boarding groups. The leader would put in a group name and a time of when the group is to board the elevator.

You could add more sections, like maybe a sports section...

I never really read the in game news because it was really slow to load and I would get tired of waiting. I would like news stories about which gags are best against which cogs (if there is an advantage to using squirt vs. throw) or something like that...

The TTC Times rebooted recently, and had some people write articles and comics for their issue that's coming out this Friday. The best ones were chosen to receive one alpha key each.

1. Quacking Jabberquacker
A Day in the Life of Roger Dog

...There were many buttons and levers, which confused Roger Dog so he pressed a random button to see what it would do, the pod opened and out came a clone of himself!

...It's good to train toon up and trap together, because you get hit after each gag you play if the cog is still standing. You are in good shape because you can keep racking up points for the low gags/low damage to the cogs, and continue to use tons of toon ups and traps to max your efforts...

4. Spare
The Strange Case of Spare

...Lil Oldman finally arrived at his estate. As he unlocked his estate door, he felt as if someone was watching him. He looked around, but just grumbled to himself that nobody could be at his estate. Quickly he opened the door and turned the light on. He stared for a second and could not believe what he saw: Nothing.

The Silly Meter was gone...

...These stubborn golf balls have been thought to be defying physics and not moving, despite being hit by the club. However, it turns out that it?s not actually the fault of the golf balls?they?re being glued to the ground. Yes, you read that right. Somehow, the golf balls are being glued to the ground. We took a sample of the substance used to make them stick, and it was blue glue. One of our best investigators set out and searched for a clue to see who is ruining the fun of the golf course... 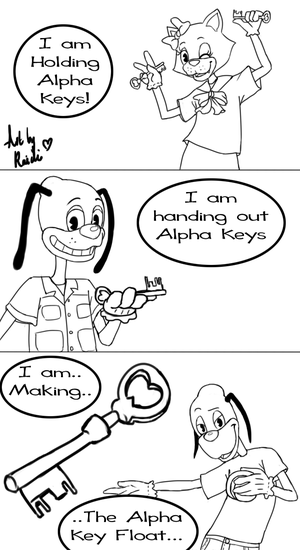 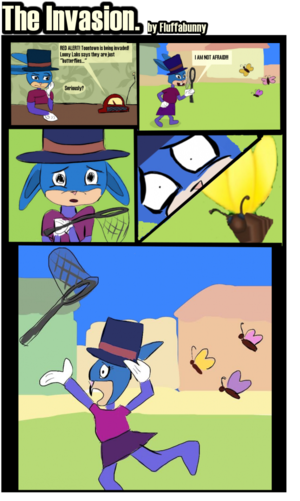 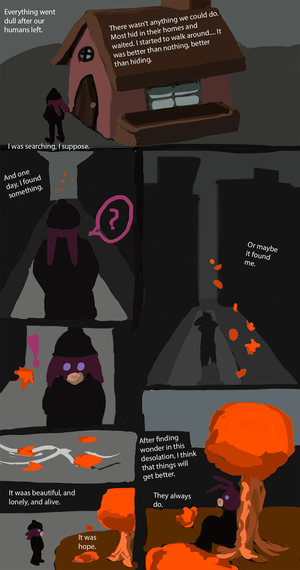 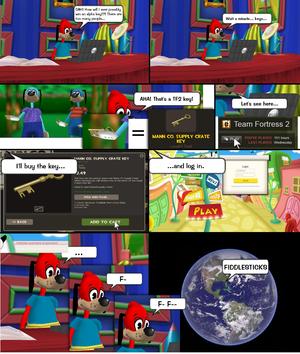 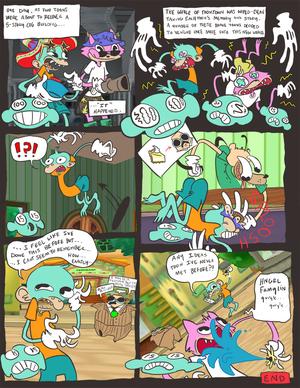