Heya -- Just little ol' me again, Slappy! You know, I wonder why we start our sentences with our names so often. I mean,what other cheerer-than-cheerful, wackier-than-wacky, toonier-than-toon-enough green duck do you know?

Man, can you believe we're just one week away from the election? We haven't even seen Sir Max and the other troopers in nearly a month since they're so busy helping. I know I simply can't contain myself for next Saturday, not just for the election, but so we can get back to those Super Saturdays and Daily Alpha Updates! Who knows what crazy catastrophes those guys have been working on?

Now, to the key announcement!
I could do a magic trick, a mind game, or a stunning announcement for these, but instead I think most of you would appreciate if I just told it to you immediately. So I will! The keys are going to none other than Funnyberry and Sparkleflap! Oooh, you can just feel their excitement from here. I bet they don't even know if it's them yet! Somewhere out there, there are 15 Funnyberries just non-stop checking their mailbox for that glorious key. Which one will it be? Your guess is as good as mine! Make sure to give all of them a good pat on the back when you see them, though, whether it be a great big pat of congratulations for the key, or a slow comforting pat of disappointment.

Anyhow, thanks for reading, and I'll see you two (and many more to come) in Toontown soon!

Flip for Flippy: Who's Counting? 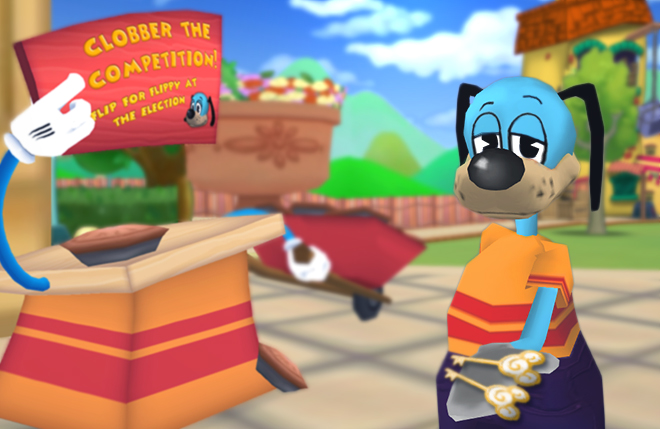 Flip for Flippy: Keys with Kindness

Don't be Wacky: The First of the Last